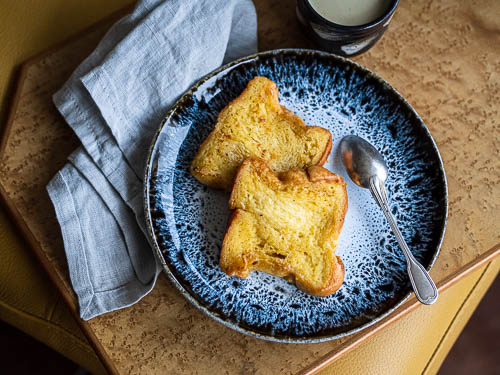 The most easy and fancy way to prepare pain perdu French toast as in Parisian palace with just bread or brioche and vanilla ice-cream.

50 years ago, being the renown French Chef in the USA, Jacques Pépin use to wort in one of the most beautiful Parisian hotel, the Plaza Athenée located on the iconic Avenue Montaigne. He used to be assigned to breakfast preparation and found out that instead of preparing French Toasts the classic way with egg and milk, it was easier and quicker to just melt vanilla ice-cream, soak bread in and fry this preparation in a pan generously buttered. Both fluffy and crispy. And so tasty !

Well I’ve tried it and absolutely loved this way of preparing French toast. I used slices of fluffy buttery brioche instead of bread and I can guaranty that it’s a must try. Ideal for breakfast or brunches. I used fresh brioche so briefly soaked brioche in melted vanilla ice-cream as I didn’t want it to fell apart but if you use brioche leftovers that is a bit hard, or bread, you may want to soak it longer so that the liquid have time to get into the brioche or bread. I took a few photos and made a short video to quickly show you how to make those yummy French toasts.

This French toast recipe is prepared without egg and without milk but I can’t really say that it’s an eggless and dairy-free recipe as vanilla ice-cream is made from and egg and milk crème anglaise custard flavored with vanilla. Unless you try with a vegan vanilla ice-cream. 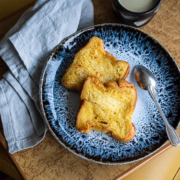 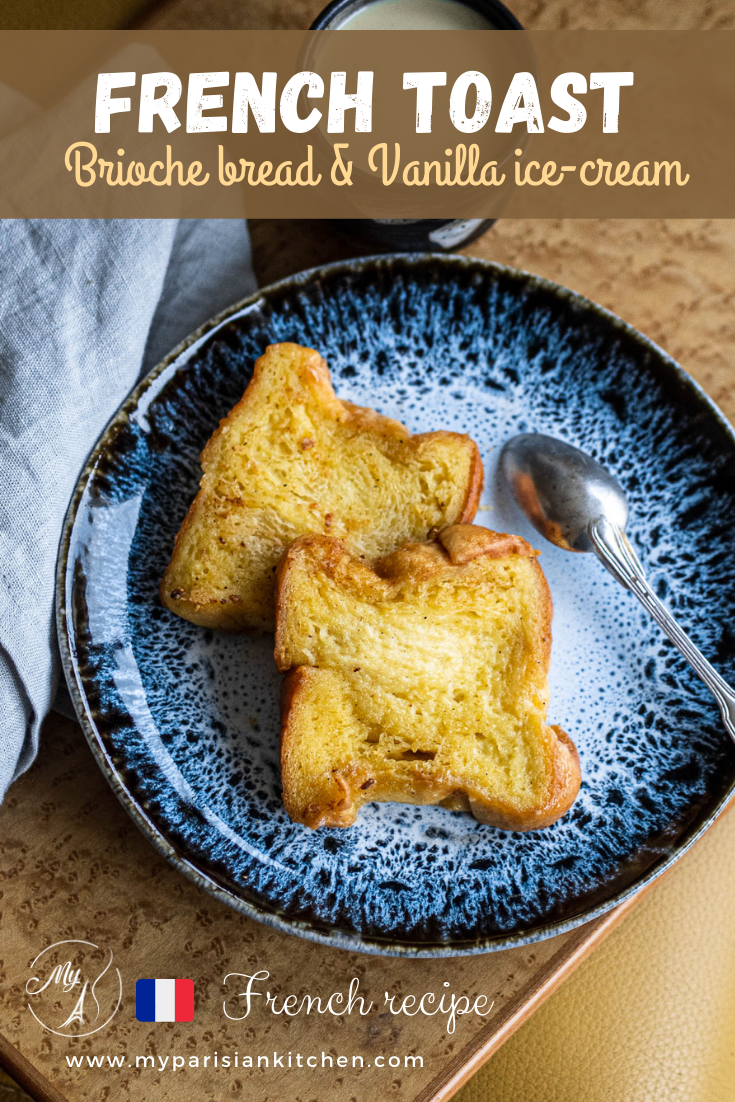