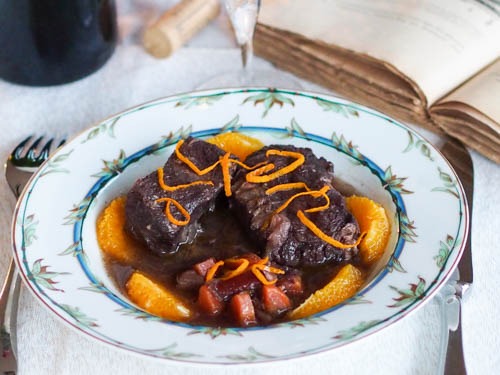 Daube provençale de bœuf à l’orange. Almost like the iconic bœuf bourguignon, this beef stew from South France Provence is also slow-cooked in red wine. I like to add orange for a modern twist.

Daube might be one of the most popular Provençal dish, together with bouillabaisse soup (see my vegetarian version here), tapenade, ratatouille, pissaladière, panisse… It’s the same kind of dish as the worldwide renown bœuf bourguignon (the difference between daube and bœuf bourguignon is that bœuf bourguignon usually has bacon and mushrooms and comes from another region of France, Burgundy / Bourgogne. So as traditionnalt people used local wine, in recipes, the wine vary in recipes).

As for many traditional recipes, they are often adapted, they differ from one village to another, from one family to another. I decided to add orange juice in the sauce and dress with candied orange zests and quarters, which is of course optional. You’ll see that this daube recipe is incredibly easy. No fuss nor complicated technique. Quick preparations but slow-cooking for 2 hours. 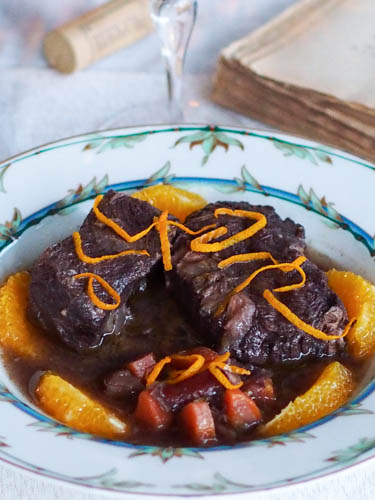 The story behind Daube provençale

The French word daube now commonly refers to the dish but it use to designate the method of preparation and cooking: marinated and stewed. It actually comes from the South France provençal dialect “adobar” which means
to prepare, to arrange (by extension to prepare a food and thus according to local customs to marinate it). The word daube should have been written as “adobe” or “dobe”.

Over the years, the term daube was quickly used to designate both the marinade and the cooking method: a stew of meat cooked in a marinade. La Varenne who wrote one of French’s firsts cookbook “The Cuisinier François” mentions in 1654 a “way of cooking a meat in a seasoned liquid”.

Great classic of South France Provence cuisine, there are many variations depending on the location in Provence. The meat used is mainly beef, sometimes bull in camargue or the city of Arles, but also boar or even lamb or mutton, rabbit or vea. In brief, any meat can be used for daubes. The marinade is mainly made of red wine, although there is in Arles a stew marinated in white wine. I also discovered adaptations with olives (instead of carrots) or cep mushrooms. Traditionally this dish is cooked in a container with a lid or the local daubière (specific daube casserole), kind of braising pot.

The old traditional way was to marinate meat for 1/2 day to 1 day in local red wine and local herbs (thyme, rosemary …), spices, orange zest, salt and pepper. It was then drained and cooked in the daubière / casserole with aromatic garnish and sometimes bacon previously fried in olive oil before adding meat, the red wine marinade and bouquet garni. The cooking process was gentle and long lasting. Some add ginger, cinnamon, even dark chocolate. Even though the main principles are kept in this recipe, no overnight marinating, you’ll see it’s not necessary. Use beef cuts that benefit from long, slow cooking: boneless chuck or shoulder, or cheek.

Daube provençale is often served with pasta. I personally prefer either pastas of small size (otherwize with the sauce it’s a bit risky!), rice or mashed potatoes. 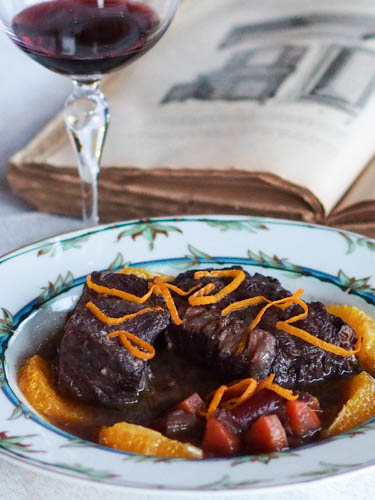 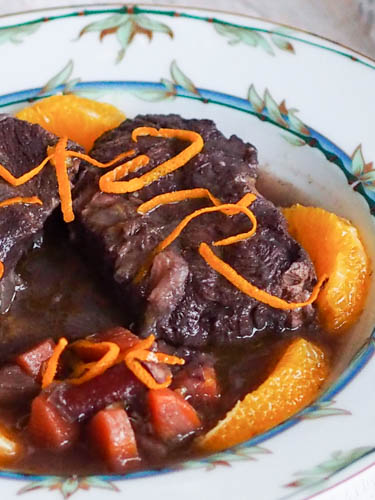 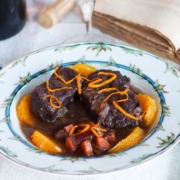 FIRST READ THE MAIN STEPS OF THE RECIPE

Prepare and cook the stew 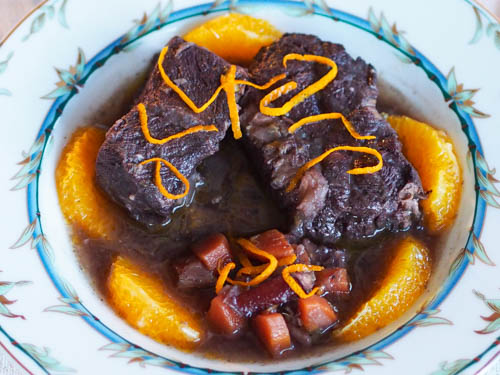 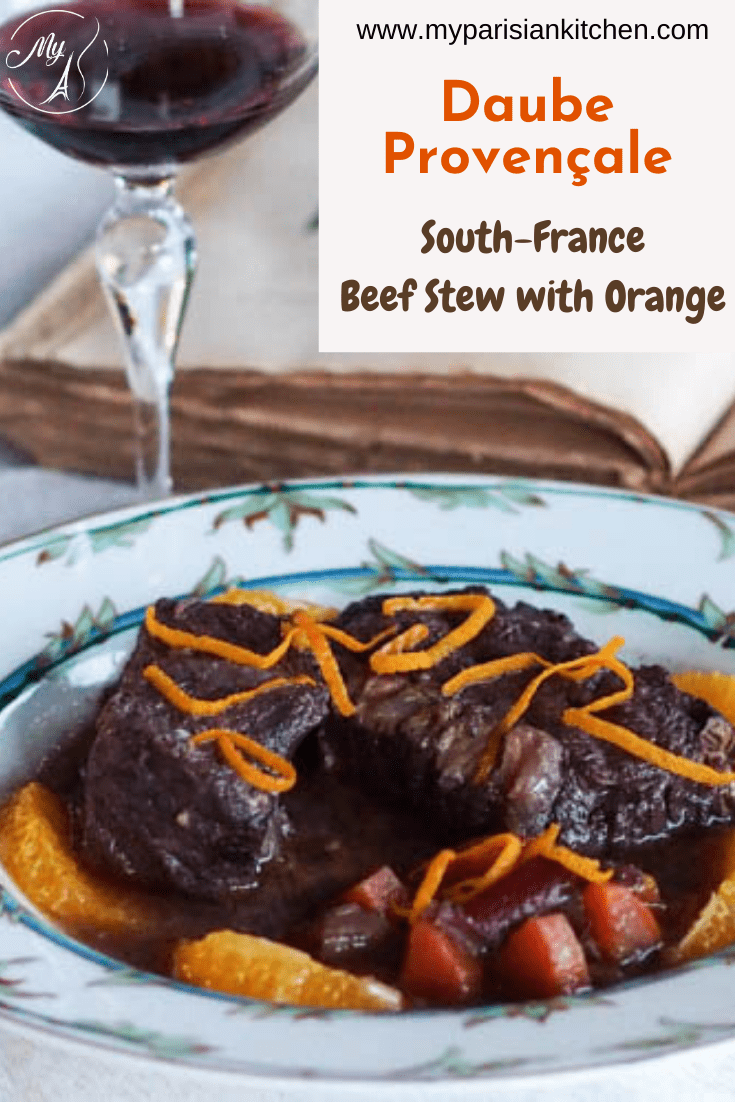 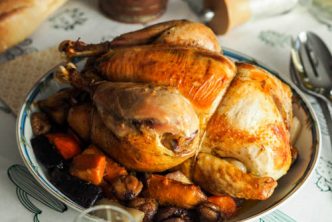 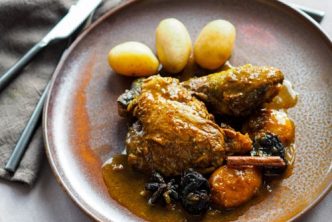 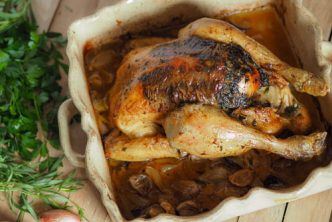 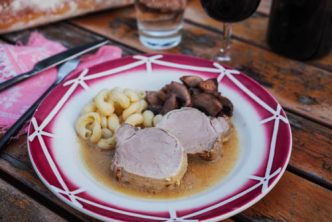