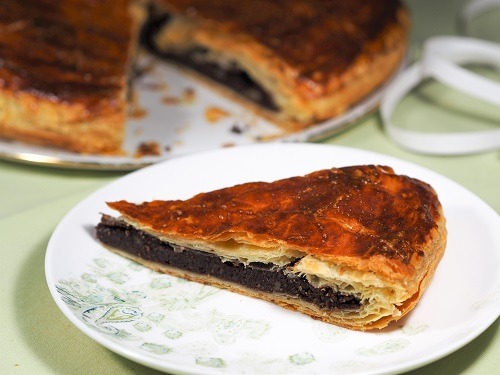 Although there are many different kind of cakes served as king cake depending on where you are in France, the most common one, and the one served in Paris is a puff pastry cake with a frangipane filling called galette des rois à la frangipane. Two crispy and buttery discs of puff pastry are filled in with a light frangipane, which is actually a blend of almond cream and pastry cream. This cake come from the very Parisian Pithivier which is an old cake recipe, almost the same, except it’s filled only with almond cream. The word galette usually describes flat round buckwheat crêpes (I have to prepare this recipe for you, it’s delicious). In South France, kings cake is a generous brioche, a circular yeasted cake, with candied fruits.

French king cake always have a lucky charm inside. In the old times it use to be a coin then a bean. It’s now a porcelain figurine. Whoever gets the charm is the king (roi) of the day and is lucky enough to have the right to wear the gilded paper crown gave with the galette by the baker (or made by the kids, even more fancy!). So make sure your guests are aware of this tradition so that they won’t eat the charm or even break their teeth! To know more about the tradition of eating king cake at epiphany, read this article.

Today’s recipe is a bit different form the classic frangipane galette des rois. The almond cream is flavored with cocoa. You may also add a bit of alcohol (such as rhum) or a few drops of bitter almond essence (extract) to intensify the almond flavor. As chocolate and oranges goes well together, you can also add to the frangipane some cubes of candied orange. I tried it and it works quite well!

As long as you follow the instruction, which means carefully assembling the two dough together, this recipe is quite easy. 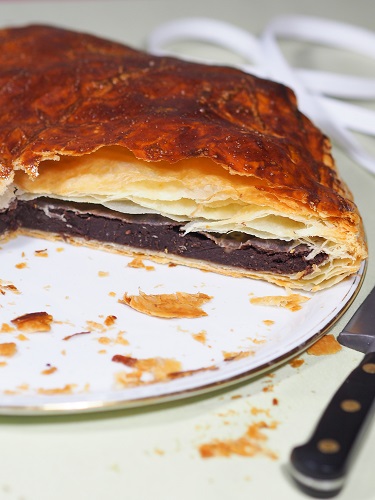 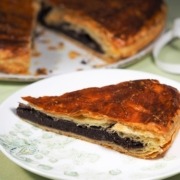 Then prepare the almond cream

Then assemble the cake

Galette des rois is usually served luke warm or at least at room temperature. If needed, please refer to the conversion and measures article here
You liked this recipe?Subscribe to my mailing list for more French recipes and exclusive content 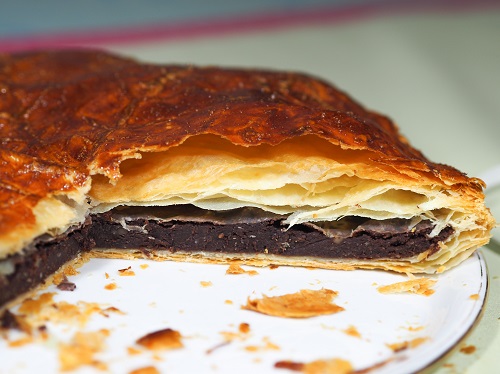 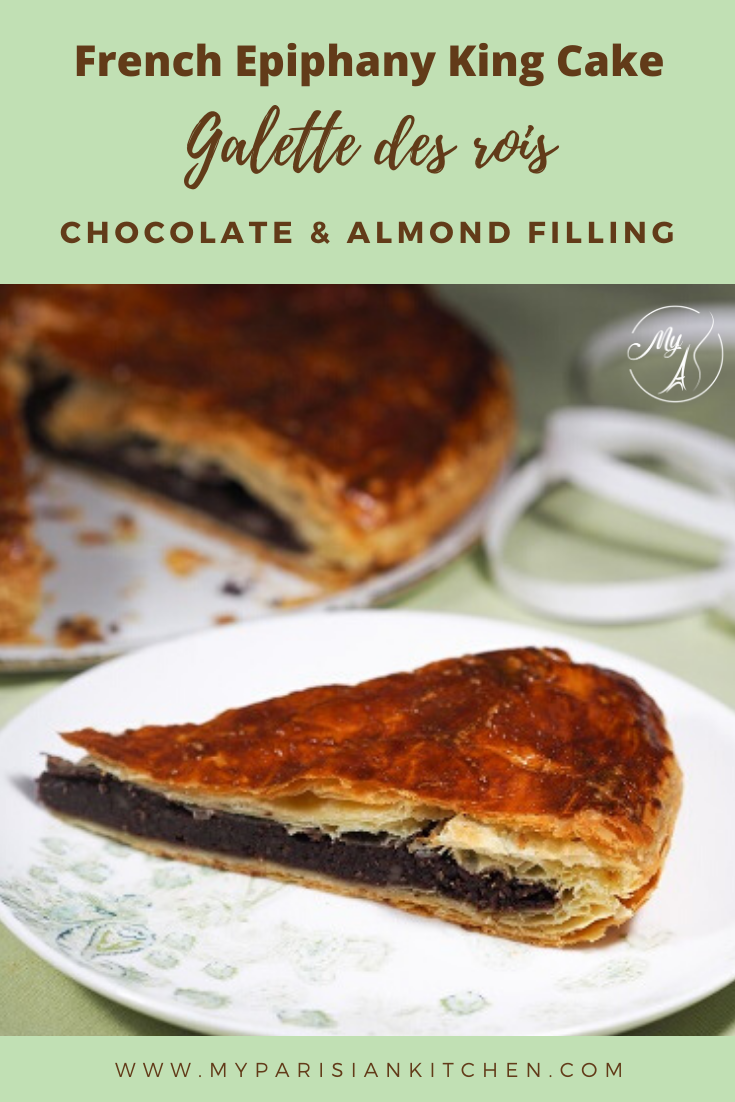 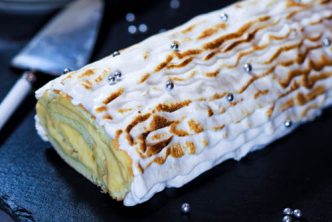 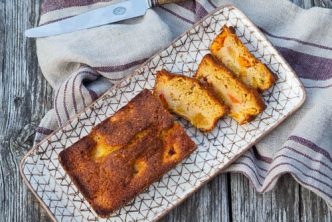 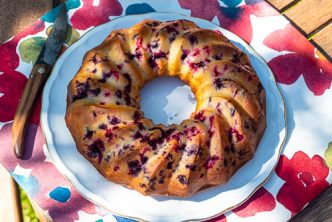 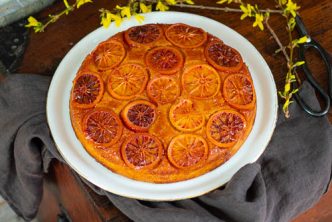