Zucchini and Cheese Rolls with Dried Fruits and Nuts

Cheese balls, coated with dried fruits and walnuts, nicely wrapped in zucchini. Wouldn’t those bites be tempting as a tapas to grab with a drink before dinner?

In May I won a cheese recipe contest organized for the “Cheese Up Your Life” European program. Like the other food bloggers, I had to prepare 1 tapas and 1 dessert using two kinds of cheese, a traditional French cheese, and a modern cheese.

I had no choice of cheese and each blogger had different ones. Mine were a pretty heart shape soft cheese called Neufchâtel (very creamy cheese with a strong taste) and a cream cheese called Saint Môret (a bit like Philadelphia). I kept the Saint Môret for the sweet cheese proposal and used the Neufchâtel for the appetizer recipe. I also had many ingredients on hands: fresh vegetables, herbs and spices, grocery … and 1h30 to make both recipes.

Here is the first one of the two recipes I prepared.

Choose a soft cheese (but not too creamy if you want the roll to hold on the peak !) to the still pronounced taste, such as a Brillat Savarin, a Munster, a Brie, Neufchâtel… See here a great article with information on french soft cheeses. A pressed cheese wouldn’t work as the beggar of dried fruits and nuts won’t stick to the cheese.

The cheese is coated in what I call a beggar as in France we serve beggar chocolates at Christmas (see the recipe here) called mendiants which is chocolate with dried fruits and nuts. I give you proposals of dried fruits and chose walnuts but you may want to change according to what you have at home or your taste. The important thing is to have crunchy ingredients (walnuts, almonds, or hazelnuts) and other sweet ingredients thus dried fruits such as cranberries, fig, apricot, sultanas…) 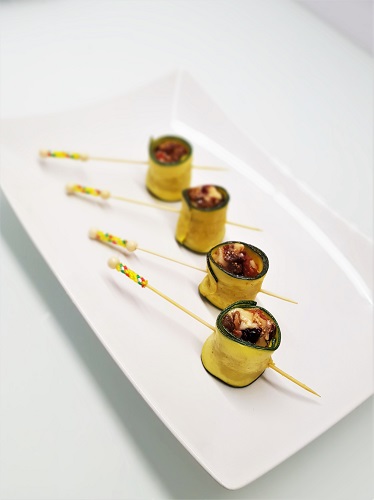 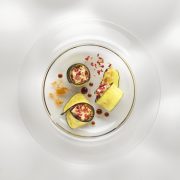 Zucchini and Cheese Rolls with Dried Fruits and Nuts 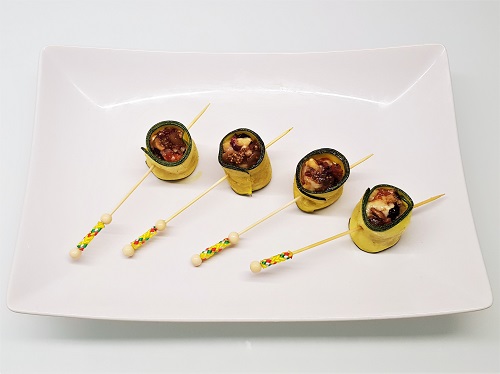 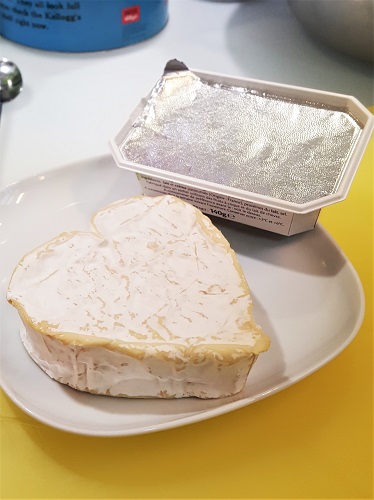 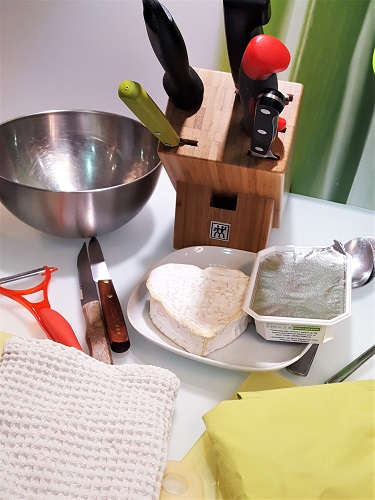 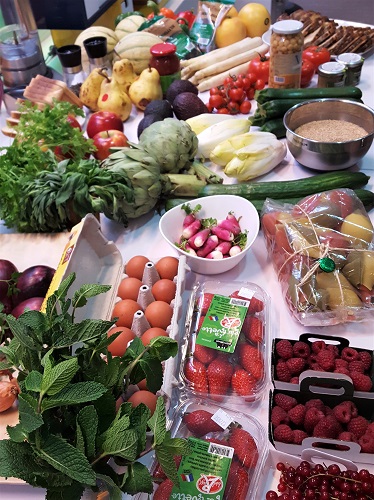 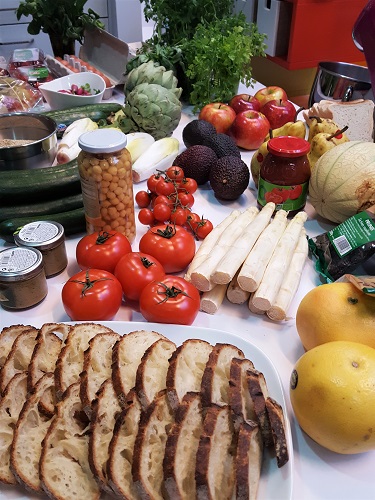 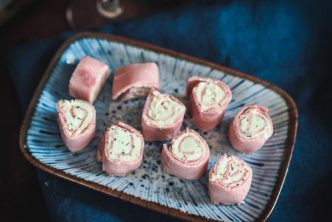 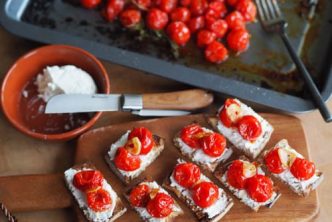