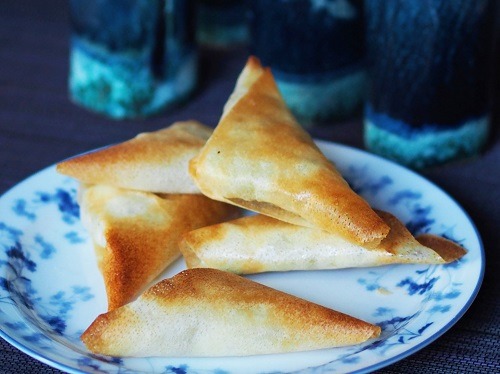 Cubed cucumber fried in olive oiled seasoned with flavorful pepper, and fresh goat cheese wrapped in filo pastry. Those delicious one bite appetizers are both crispy, crunchy and sweet at the same time.

I imagined this finger food recipe at a cooking workshop organized a few weeks ago for the launch of fresh tomatoes and cucumber season. I had barely cooked cucumber. Only in soup for the kids, just the way many French mum do for zucchini and kiri cheese soup.

I hesitated a bit before publishing this recipe on my blog as it is dedicated to French cuisine. So is samosa shaped one bite appetizer coming from my own imagination a French dish? It is true that today our daily food has traditional foundations while pecking and adapting the tastiest of all over the world. Cuisine fusion is what it is called. Filo pastry sheets are in any case part of French cuisine since the 1970s, when families joined migrant workers from North African countries, bringing with them culinary wonders. The French “cuisine nouvelle” (lit. new kitchen) has widely adopted it, making samosas, papillotes or wrapping according to their inspiration. Another interesting use of filo pastry: place it in a bowl just the way you would do with pie crust (large dish or making small individual portions), coat with melted butter and beaten egg and put in the oven so that it stiffen and forms cup shapes .

I used Malabar red peppercorns. But you may replace it with Shichuan pepper or any other berry you like that can flavor olive oil in which is fried cubed cucumber. Same thing for goat cheese, you can use the cheese of your choice. 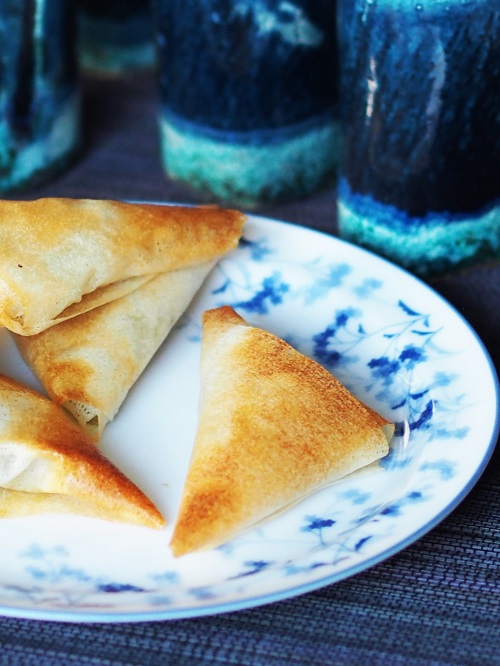 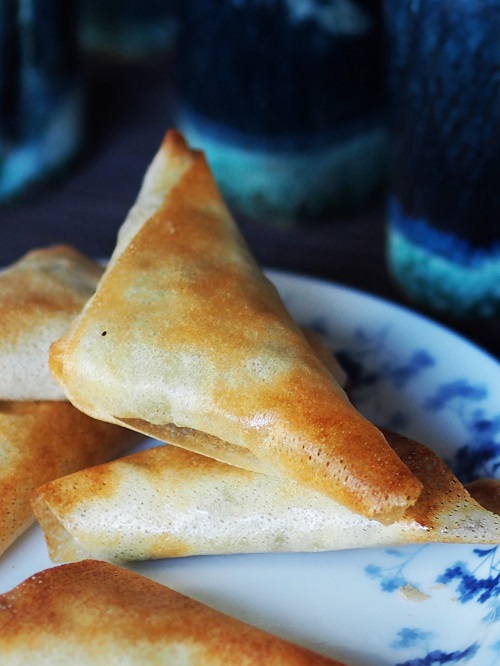 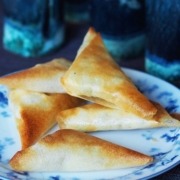 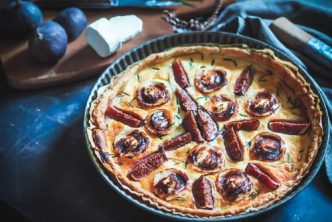