You’ll see, it’s surprising how you can taste both flavors of beetroot and cucumber! The sweetness and smooth texture of this soup is balanced by a homemade baby spinach pesto (that may be replaced by classic basil pesto).

And the vibrant color! In French we would say that this gazpacho is “a real sunshine ray in the plates” (un rayon de soleil dans l’assiette)!

Don’t ask me where this recipe comes from. I just felt like mixing those ingredients while wandering at the farmers market. My local vegetables monger (his fields are actually in the western suburbs of Paris) looked so fresh and tasty that all I wanted on my way back home was a vegetarian light dinner, enhancing vegetables flavors.

Parisian region / area is called Ile de France (lit. “French island”) and is composed with Paris city itself with its 20 arrondissements (districts) and the banlieue parisienne (parisian suburb) composed with 7 departments. we say that there is the petite couronne (small crown with cities located all around Paris,) and the grande couronne (large crown) for those far away. 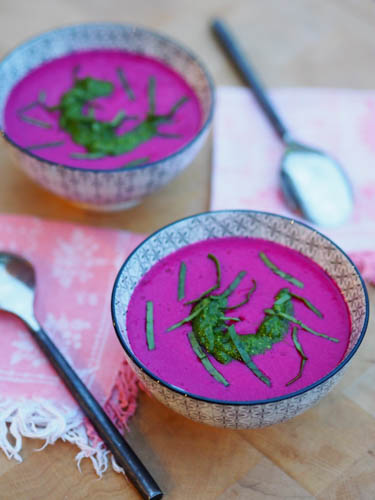 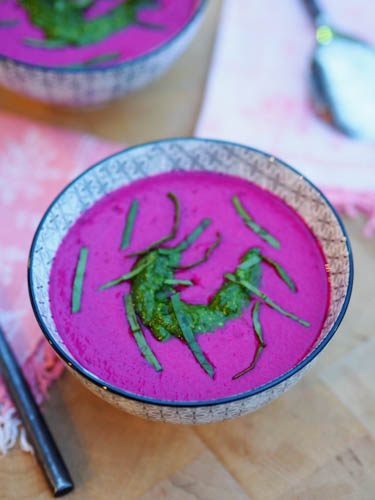 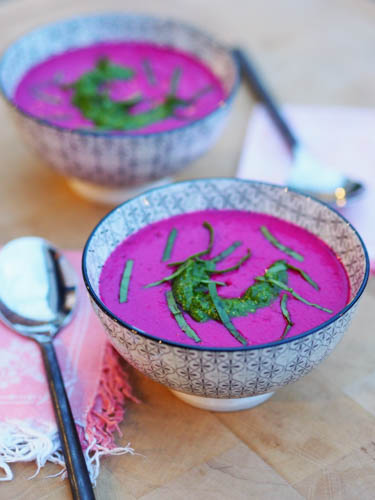 You’ll see, it’s surprising how you can taste both flavors of beetroot and cucumber! The sweetness and smooth texture of this soup is balanced by a homemade baby spinach pesto (that may be replaced by classic basil pesto). For soup aas for pesto, just prepare and combine ingredients. That's all.
Course: Soup
Cuisine: French
Prep Time: 20 minutes
Cook Time: 0 minutes
Portions: 4
Print Pin

Serve in individual bowls with two tablespoons of pesto and a few chopped spinach leaves on the soup.And for a quick lunch, skip the pesto and just quickly prepare the soup.If needed, please refer to the conversion and measures article here
You tried this recipe?Share your pic, mention @My_Parisian_Kitchen & tag #myparisiankitchen 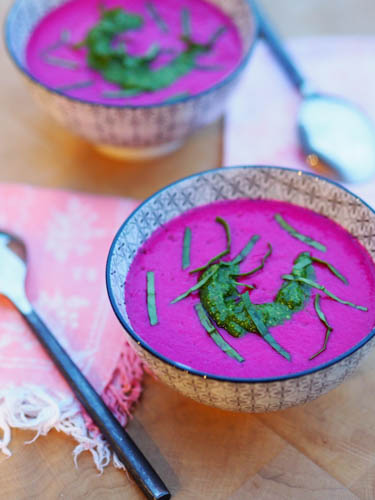 Marinated Pork Tenderloin on the BBQ