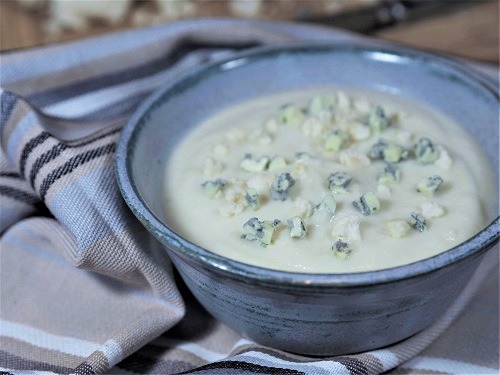 A very tasty and smooth cream that can be served either as a side with beef or poultry for example or as a soup, depending on how much cooking water you add. A perfect dish for cheese lovers.

There are two tricks in this recipe that makes a smooth and creamy texture, with a wonderful combination of flavors (cauliflower, pear, and French Fourme d’Ambert blue cheese):

The blue cheese used in this recipe is the French Fourme d’Ambert. A.O.C. Fourme d’Ambert is made from raw cow’s milk although pasteurized versions are also available now. It has the French A.O.C. label, which means is a name-controlled cheese. Fourme d’Ambert is produced in the Auvergne region of south-central France. The paste is white to straw-colored, with thick pockets of blue throughout the interior paste underneath the rind. It’s not as strong, sticky, or sharp as the well-known Roquefort. Fourme d’Ambert is shaped during production by a wooden mold (“fourme”) into 5 lb. cylinders and is typically aged from 1 to 5 months.

The recommended blue cheese in this recipe is Fourme d’Ambert. You might want to replace it with Bleu d’Auvergne or the English Stilton. If you choose Roquefort, reduce the quantity of cheese otherwise it’ll be too strong!

I’ve created this recipe for a French cheese festival held in Paris. Attending this kind of event is a great way to taste and discover cheeses and recipes using cheese (such as onion soup au gratin, Croque Monsieur or Croque Madame, Omelette with Gruyère, Goat cheese salad, gougères, soufflé…). There is such an event in the US, have you ever heard about the French cheese and wine week held each year in March in New York? 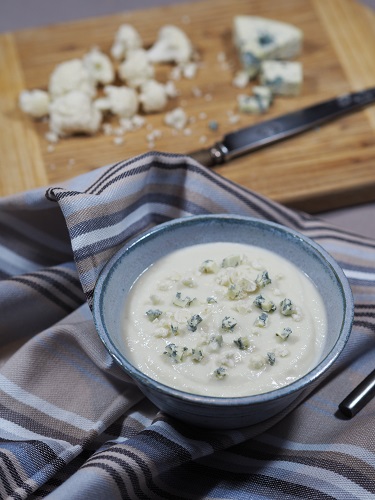 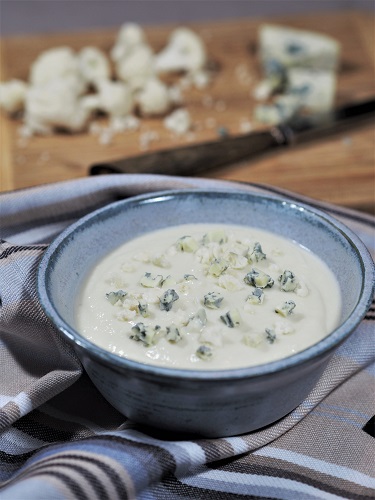 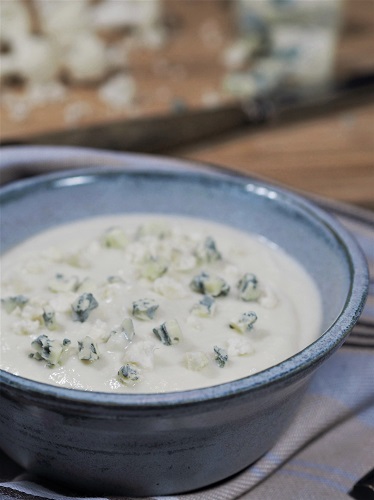 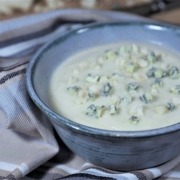 A very tasty and smooth cream that can be served either as a side with beef or poultry or as a soup, A perfect dish for cheese lovers.  Fry shallots, cook with pears and cauliflower added in two stages in water. Blend adding cheese.
No ratings yet
Print Recipe Pin Recipe Share
Prevent sleep
Prep Time 15 mins
Cook Time 25 mins
Course Side dish, Soup
Cuisine French
Servings 6 shares

4 à 8 shares (according to choice soup (for 8) or side (for 4)) If needed, please refer to the conversions and measures article here
You liked this recipe?Subscribe to my mailing list for more French recipes and exclusive content 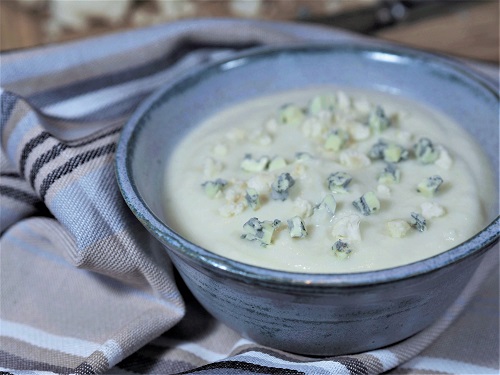 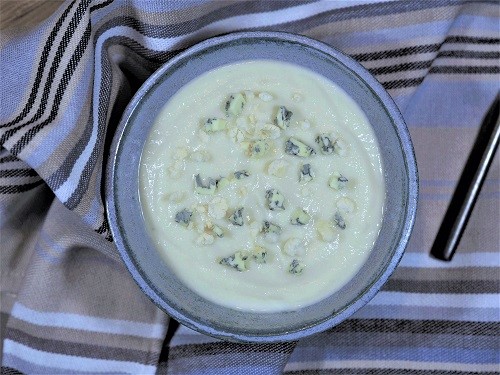 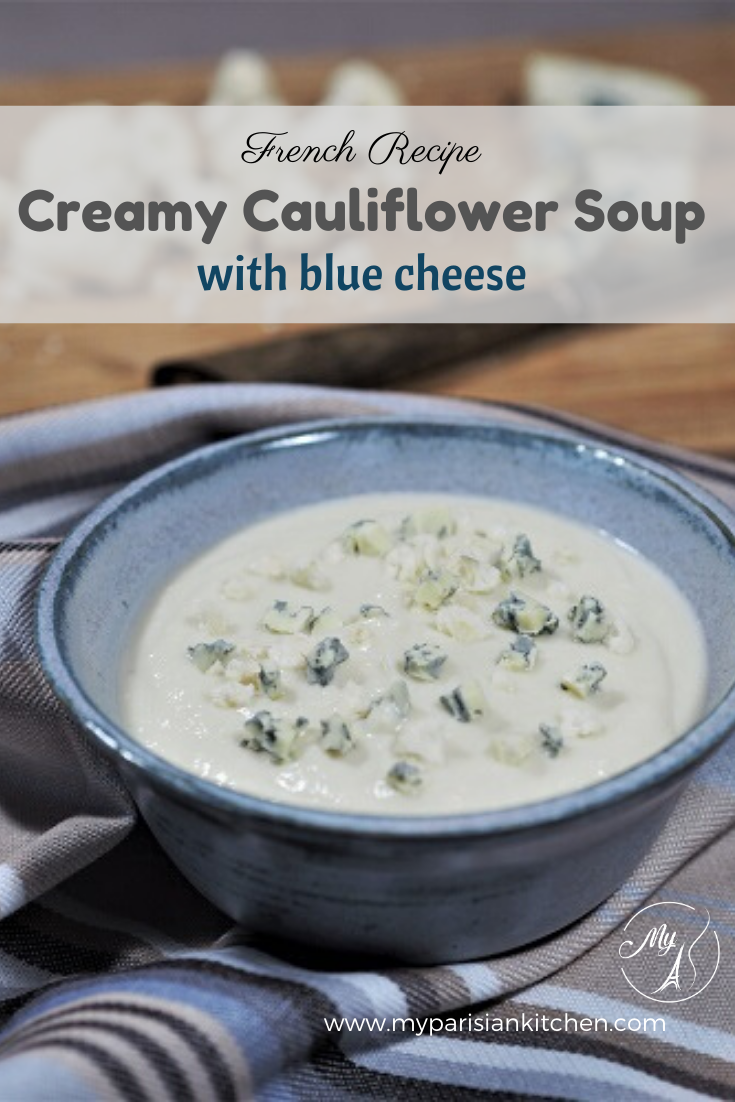 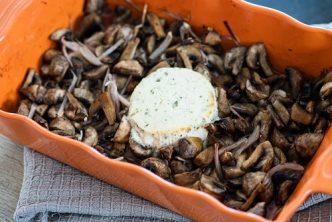 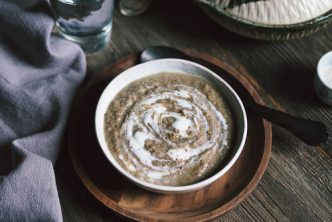 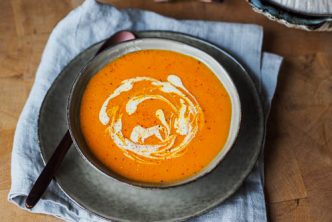 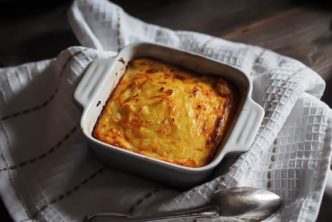