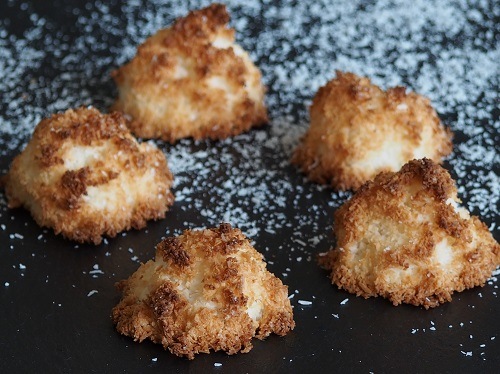 Delightfully crunchy with a nice golden color on the outside, chewy and moist in the middle, This recipe is so quick and easy, with only 3 ingredients. I give you the classic French recipe of what we call “coconut rocks” in French. 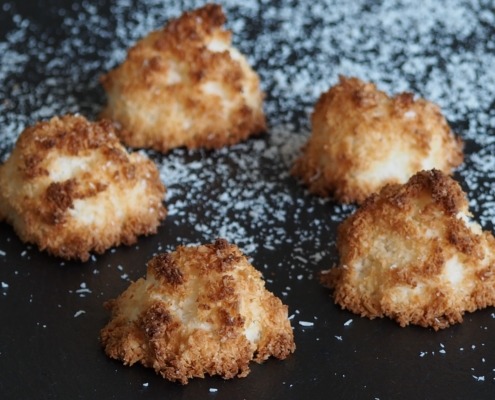 So the French call those coconut macaroons “coconut rocks” as they look like… rocks. They use to be called “Congolais” which literally means inhabitants form the African country Congo, a former French colony.

It seems obvious that those delicious little coconut macaroons were created in relation with the overseas territories, may it be Congo or the other colonies, where there are lots of coconut.

This recipe is a great classic of French cuisine, quick and easy, cheap and a very good way to use the leftover egg whites (for instance you will have reaining egg whites if you do this delicious cannele recipe).. There is no sweetened condensed milk in the French traditional recipe, just 3 ingredients : shredded coconut, caster sugar and egg whites.

If you want to have fiun with the kids, why don’t you drizzle macaroons with some melted chocolate on top, or soak the bottom in chocolate? 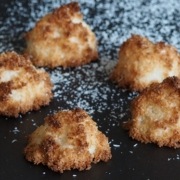 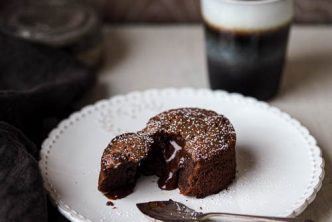 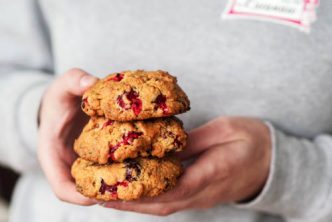 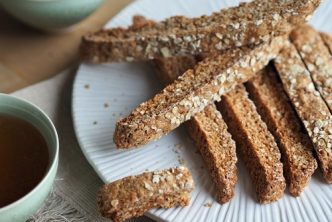